Abraham Lincoln and Franklin Roosevelt: A Conversation on Presidential Leadership:Both Lincoln and FDR faced and overcame nation-threatening crises during their presidencies—yet approached their leadership challenges from completely different life and educational experiences. One of them—Roosevelt—at least had the opportunity to study and learn from Lincoln; the other used George Washington as his model. How did each leader deal with Congress—the military—the media—a restless electorate—as well as mortal threats to the very survival of this country? Harold Holzer, an award-winning Lincoln scholar who now heads the Roosevelt House Public Policy institute in New York (in Franklin and Eleanor’s own surviving town house), and Craig Symonds, an award-winning Civil War historian who now specializes in World War II military history, are uniquely qualified to bring their combined perspectives to the most defining historical questions of all: What is leadership? What makes—or breaks—a leader?

There are currently no upcoming air times.

Access Fort Wayne is looking for people interested in making their own television programs to be played back within Allen County on Cable and Fios. Please contact us for more information.

Browse our other channel 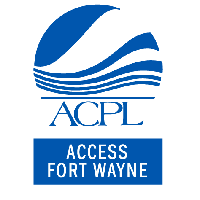